Maria Tumarkin is a writer and cultural historian. She is the author of three previous books of ideas, Traumascapes, Courage, and Otherland, all of which received critical acclaim in Australia, where she lives. Axiomatic won the 2018 Melbourne Prize for Literature’s Best Writing Award and was a finalist for the National Book Critics Circle Award for Criticism in 2019. In 2020 Tumarkin was awarded a Windham Campbell Prize for non-fiction. 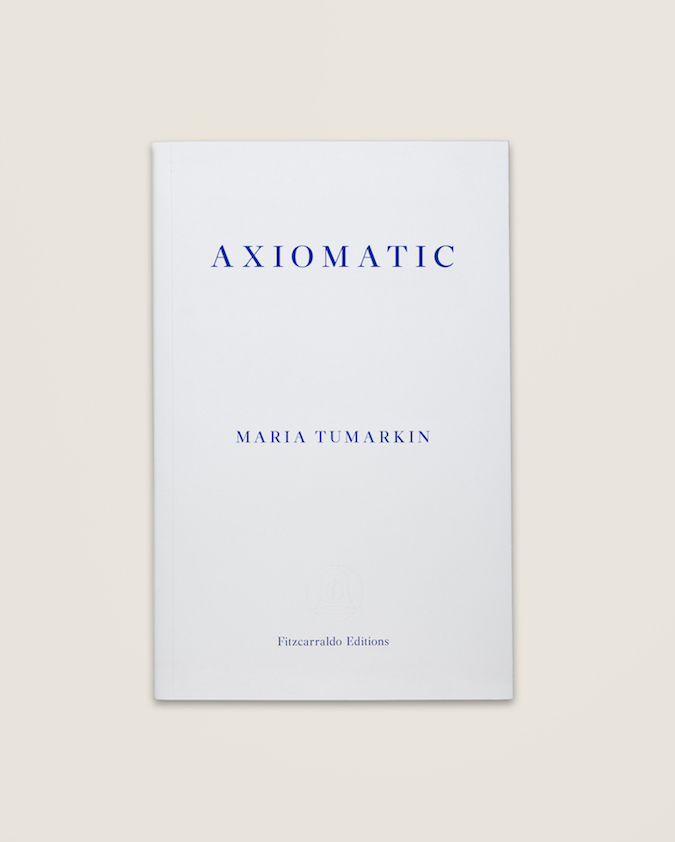