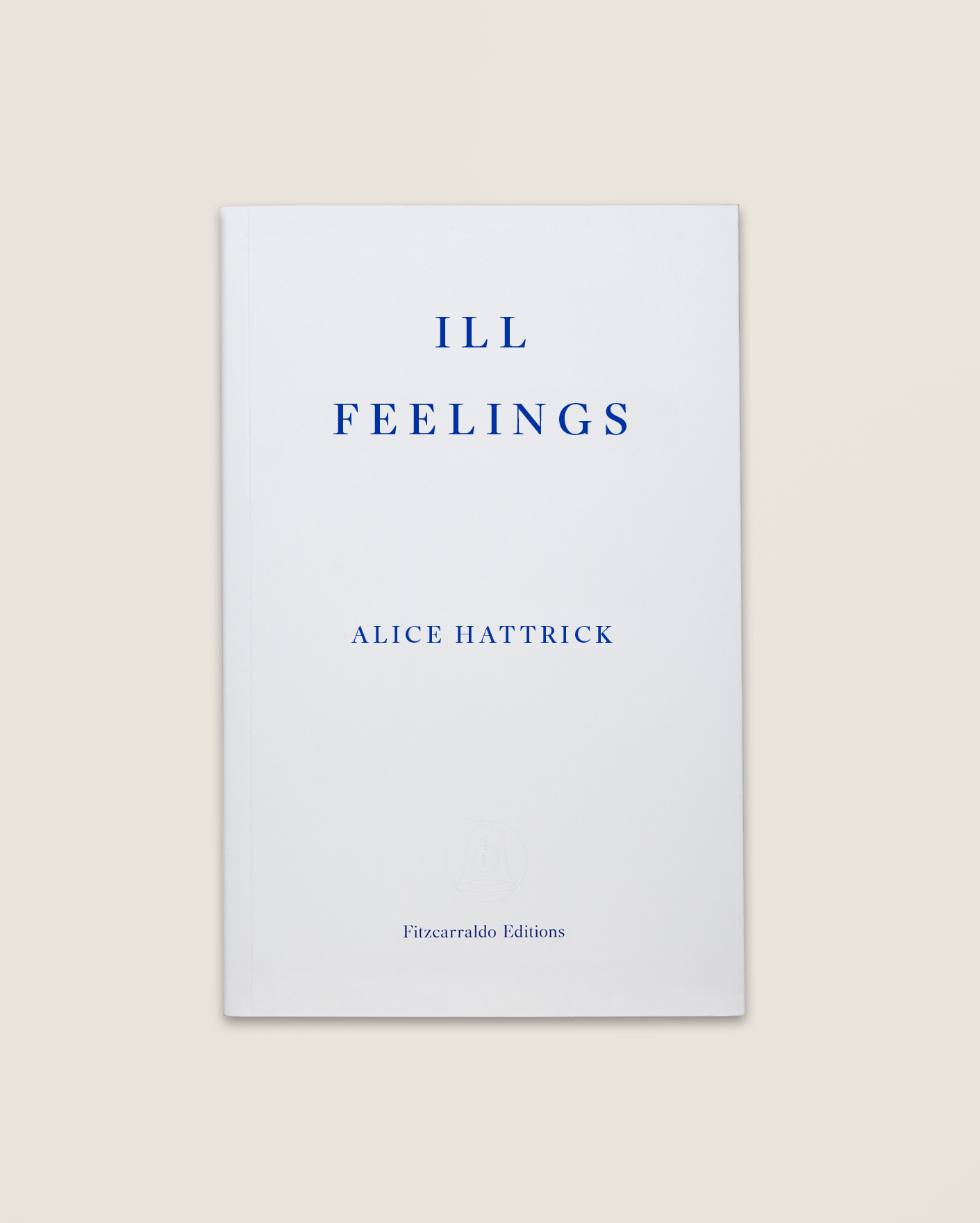 The day after her fifty-fourth birthday, my mother and I walk through a field near her house at dusk, a small pair of scissors tied to a long string around her neck. The dogs are on their leads because it’s getting dark and she isn’t brave enough to let them off ‘because of the rabbits’. She has already been signed off sick for a year and three months. As we walk, my mother starts to sing the folk song, ‘She moved through the fair’.

My mother mostly sings songs she learnt at musical theatre college, or Norwegian songs from choir, but this one is different – it belongs to her. The lyrics, and the tune, make her voice melancholic, and more relaxed.

And she smiled as she passed me
With her goods and her gear
And that was the last
That I saw of my dear.

We walk quite far that evening, further than I expect. My mother wants to walk further still, but she is worried about walking back, about me walking back. She is used to negotiating the length of these walks in her own mind, depending on how she is feeling in her body, and the things she still needs to do that day, or even the next day, like go and see her father at the care home, or finish filling out another form relating to her ‘Ill Health Retirement’. It is a careful calculation that, once decided upon, can and most probably will be ruefully ignored – she just has to face ‘the consequences’.

My mother has moved to mid-Norfolk, where the River Nar crosses the Peddars Way, to be near my grandfather, who has vascular dementia and Alzheimer’s. He is convinced she lives in Burnham Market, a posh town near the North Norfolk coast, where no one in our family has ever lived, and none of us could ever afford. My mother will move away from here just as quickly, once he has died of leukaemia. The village she has moved to is an ancient land of crossings. When she first arrived, a woman told her she would be healed by the power of the place itself.

My mother had to reschedule her last meeting with HR because it was at 9 am on a Wednesday.

‘I was in bed all morning,’ she says, as if they should know that someone who is about to be signed off sick forever will never make it to a meeting first thing. It’s like the time she was annoyed at the ME/CFS service, who kept calling her when she was asleep, without warning.

What she means is: I am in bed all morning every day.

‘Dear Dr,’ reads a document on her desktop back at her house, ‘I have muscle weakness in my hands (holding a pen, lifting a kettle) and legs and breathlessness and palpitations on activity are problematic. Processing and translating information is very difficult and slow, which makes research, publication and teaching impossible.’

When my mother says she’s wasted, does she mean she feels wasted – ill, fatigued, sick – or does she also mean her working life is wasted, her potential is spent?

A long time ago, my mother sought a diagnosis. Upon relapsing into full-blown illness again, unable to go to her job as a lecturer in History of Design, she has found only more work: phone calls and confusing meetings with HR, days spent compiling documents with names like ‘Letter to Sussex Wide ME service.doc’ and ‘Ill Health Retirement Factsheet.pdf ’. My mother must write her own medical history, over and over again, like a doctor, except she is also the patient.

‘ME also causes severe impairment of my cognitive functioning including extreme difficulty in focusing and concentrating for any length of time on a task, conversation or text,’ she writes. She suffers with ‘impaired and interrupted sleep and extreme irritability and mood swings’, wakes extremely fatigued, has ear pain, breathing difficulties, frontal headache, sore throat, nausea, heart palpitations, unrefreshing sleep, and even ‘orthostatic intolerance, anxiety and of course extreme fatigue’. She cannot ‘function’, has trouble ‘processing and translating information’, including ‘knowledge of her subject’ and ‘events in the past’. She must describe her ill feelings – not being able to stand for very long, feeling sick, feeling tired and sore – as if her body is not a body at all, as if her body is a machine malfunctioning, like she is faulty, or broken. If she were a computer she would have crashed.

If ‘illness is the great confessional’, as Virginia Woolf wrote in her essay ‘On Being Ill’, why is my mother writing like this? Where are the ‘things said, truths blurted out, which the cautious respectability of health conceals’? There is the impossibility of speaking through pain, which Woolf also wrote about – ‘let a sufferer describe a pain in his head to a doctor and language at once runs dry’ – but that is not exactly true. It is as if my mother is writing against the possibilities of a literature of iillness entirely.

In 1995 Alice’s mother collapsed with pneumonia. She never fully recovered and was eventually diagnosed with ME, or Chronic Fatigue Syndrome. Then Alice got ill. Their symptoms mirrored their mother’s and appeared to have no physical cause; they received the same diagnosis a few years later. Ill Feelings blends memoir, medical history, biography and literary non-fiction to uncover both of their case histories, and branches out into the records of ill health that women have written about in diaries and letters. Their cast of characters includes Virginia Woolf and Alice James, the poets Elizabeth Barrett Browning and Emily Dickinson, John Ruskin’s lost love Rose la Touche, the artist Louise Bourgeois and the nurse Florence Nightingale. Suffused with a generative, transcendent rage, Alice Hattrick’s genre-bending debut is a moving and defiant exploration of life with a medically unexplained illness.

‘Ill Feelings is a deeply personal and deeply political reckoning with the nature of illness, inheritance, time, silence, bodies and invisibility. Alice Hattrick offers both a radical redefinition of the dominant narratives surrounding health and pain, and the knowledge we need in order to name, understand and resist them. Hattrick has found a voice and form which open up new and exciting possibilities for writing the self and making sense of the collective past: I read this remarkable book with outrage, fascination and immense admiration.’
— Francesca Wade, author of Square Haunting

‘I love the quality of attentiveness that Alice Hattrick brings to their poised and pointillistic exploration of the mysterious aetiologies and affects of chronic fatigue. They excel in listening out for echoes and whispers, their narrative of illness wriggling into uncomfortable places that medicine dismisses or ignores. Their book makes you pause to think – and rethink – page by page.’
— Marina Benjamin, author of Insomnia

‘Ill Feelings defies neat conclusions as well as easy categorization of the book itself, so that attempting to describe it here seems like misdiagnosis, and to try and name the paradox at its heart seems like a betrayal of its rewards. But the thrill of Alice Hattrick’s writing stems from its struggle to be free of its constraints, communicating with unspooling fury the mutability of lived experience rather than presuming to define it. In doing so, they remind us that the undefined – our own ill feelings – reveals not weakness so much as our inherent capacity for resistance.’
— Olivia Sudjic, author of Exposure

‘I read Ill Feelings with a sense of wonder at the courage required not just to live with a medically unexplained illness, but to write about it with such descriptive clarity and probing intelligence. Alice Hattrick’s book is a powerful cure for ignorance or indifference about a complex form of suffering.’
— Edmund Gordon, author of The Invention of Angela Carter

‘Ill Feelings is a necessary, urgent book that I feel I have been waiting my whole life to read. A beautiful combination of memoir, reportage and razor-sharp analysis, it made me think very deeply and critically and feel powerfully understood all at once – a testament to what truly accomplished non-fiction writers can achieve. This book makes me excited for the future of literary non-fiction writing and it’s power to change the world and how we see it.’
— Lucia Osborne-Crowley, author of My Body Keeps Your Secret

‘“Poetry is not the same to the ill, the clouds look different, and so too does the rest of nature.” Alice Hattrick brilliantly geographies sick time and ill feelings. They chronicle not just how pain is located in the body but how it stretches outside of itself, across time and generations, through society and literature. The weight or unweight that is given to it; how disabled voices are heard (or not heard); the toxic way society views unrecovery. This book, and others like it, are always needed, but this feels especially needed right now, when 60 per cent of those who have died of Covid-19 in England have been disabled, and online disability hate crime has risen 46 per cent.’
— Jen Campbell, author of The Beginning of the World in the Middle of the Night

Alice Hattrick’s criticism and interviews have appeared in publications such as frieze magazine, ArtReview and The White Review. Alice’s work has most recently been included in Whitechapel Documents of Contemporary Art: HEALTH (ed. Bárbara Rodríguez Muñoz, 2020) and Mine Searching Yours (Forma, 2020). They are the co-producer of Access Docs for Artists, a resource for disabled and/or chronically ill artists, curators and writers, made in collaboration with artists Leah Clements and Lizzy Rose. In 2016, they were shortlisted for the Fitzcarraldo Essay Prize. Ill Feelings is their first book.