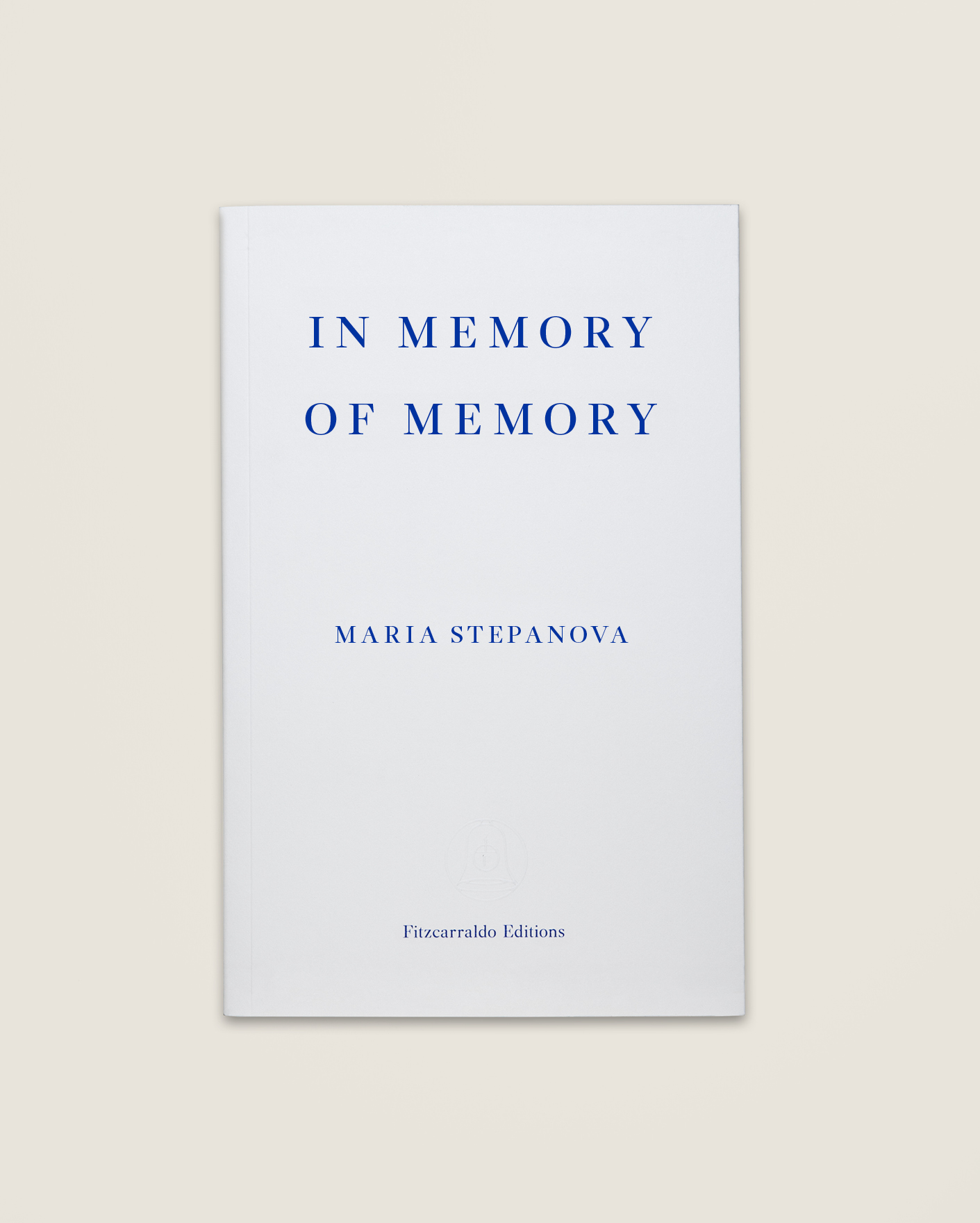 In Memory of Memory

I. SOMEONE ELSE’S DIARY

Aunt Galya, my father’s sister, died. She was just over eighty. We hadn’t been close – there was an uneasiness between the families and a history of perceived snubs. My parents had what you might call troubled dealings with Aunt Galya, and we almost never saw her. As a result, I had little chance to form my own relationship with her. We met infrequently, we had the odd phone call, but towards the end she unplugged her phone, saying ‘I don’t want to talk to anyone.’ Then she disappeared entirely into the world she had built for herself: layered strata of possessions, objects and trinkets in the cave of her tiny apartment.

Galya lived her life in the pursuit of beauty: the dream of rearranging her possessions into a definitive order, of painting the walls and hanging the curtains. At some point, years ago, she began the process of decluttering her apartment, and this gradually consumed her. She was permanently shaking things out, checking anew what objects were essential. The contents of the apartment constantly needed sorting and systematizing, each and every cup required careful consideration, books and papers stopped existing for themselves and became mere usurpers of space, forming barricades that crossed the apartment in little heaps. The apartment consisted of two rooms and as one room was overcome by more objects, Galya would move to the other, taking only the absolute essentials with her – but then the tidying and re-evaluating would begin again. The home wore its own viscera on the outside, unable to draw it all back into itself again. There was no longer any deciding whether a particular thing was important or not, because everything had significance in some way, especially the yellowing newspapers collected over decades, tottering piles of clippings that propped up the walls and the bed. At a later point the only spare living space was a divan, worn concave, and I remember we were sitting there on one occasion, the two of us, in the middle of a raging sea of postcards and TV guides. She was attempting to feed me the chocolates she kept reserved for special occasions, and I was attempting to turn down these precious offerings with anxious politeness. A newspaper clipping at the top of a pile bore the headline: ‘Which saint rules your sign of the Zodiac?’ and the name of the paper and the publication date were written carefully at the top in her beautifully neat handwriting, blue ink across the dead paper.

We got there about an hour after her caretaker rang. The stairwell was in half-darkness and there was a hum in the air. People we didn’t know stood around on the landing and sat on the stairs, they had heard about her death somehow and had rushed round to offer their undertaker services, to help with registering the death, dealing with the paperwork. How on earth did they know? Had the doctor told them? The police? One of them came into the apartment with us, and stood there without taking off his coat.

Aunt Galya died in the early evening on 8 March, Women’s Day, that Soviet festival of mimosa and greetings cards festooned with chicks. Women’s Day had been one of those celebration days in our family, when everyone gathered around a single enormous table and the minerals splashed liberally into ruby-coloured wine glasses. On Women’s Day there were always at least four different types of salad on the table: carrot and walnut; cheese; beetroot and garlic; and, of course, the common denominator of all Russian salads, olivye. But all that had ceased thirty years ago, long before my parents had emigrated to Germany. Galya was left behind, fuming, and in the new post-Soviet world her newspapers began publishing unprecedented and titillating things: horoscopes, recipes, homemade herbal remedies.

She desperately didn’t want to end her life in a hospital and she had her reasons. She’d seen her own parents, my grandparents, die in one, and she’d already had some sobering experiences of state medical care. But still the moment came for summoning an ambulance, and we might well have done so if it hadn’t been a holiday weekend. It was decided to wait for Monday and the working week, and in this way Galya was given her chance to turn onto her side and die in her sleep.

In the other room, where her caretaker slept, photographs and sketches by my father Misha hung like squares on a chessboard, covering the whole wall. By the door was a black-and-white photograph taken in the 1960s, one from my favourite series of ‘pictures taken at the vets’, a beautiful picture: a boy and his dog waiting their turn, sitting against a wall, the boy a sullen fourteen-year-old, and the dog, a boxer, leaning into him with its shoulder.

With the death of her aunt, Maria Stepanova is left to sift through an apartment full of faded photographs, old postcards, letters, diaries, and heaps of souvenirs: a withered repository of a century of life in Russia. Carefully reassembled with calm, steady hands, these shards tell the story of how a seemingly ordinary Jewish family somehow managed to survive the myriad persecutions and repressions of the last century. In dialogue with writers like Roland Barthes, W. G. Sebald, Susan Sontag and Osip Mandelstam, In Memory of Memory is imbued with rare intellectual curiosity and a wonderfully soft-spoken, poetic voice. Dipping into various forms – essay, fiction, memoir, travelogue and historical documents – Stepanova assembles a vast panorama of ideas and personalities and offers an entirely new and bold exploration of cultural and personal memory.

‘A luminous, rigorous, and mesmerizing interrogation of the relationship between personal history, family history, and capital-H History. I couldn’t put it down; it felt sort of like watching a hypnotic YouTube unboxing-video of the gift-and-burden that is the twentieth century. In Memory of Memory has that trick of feeling both completely original and already classic, and I confidently expect this translation to bring Maria Stepanova a rabid fan base on the order of the one she already enjoys in Russia.’
— Elif Batuman, author of The Idiot

‘There is simply no book in contemporary Russian literature like In Memory of Memory. A microcosm all its own, it is an inimitable journey through a family history which, as the reader quickly realizes, becomes a much larger quest than yet another captivating family narrative. Why? Because it asks us if history can be examined at all, yes, but does so with incredible lyricism and fearlessness. Because Stepanova teaches us to find beauty where no one else sees it. Because Stepanova teaches us to show tenderness towards the tiny, awkward, missed details of our beautiful private lives. Because she shows us that in the end our hidden strangeness is what makes us human. This, I think, is what makes her a truly major European writer. I am especially grateful to Sasha Dugdale for her precise and flawless translation which makes this book such a joy to read in English. This is a voice to live with.’
— Ilya Kaminsky, author of Deaf Republic

‘Dazzling erudition and deep empathy come together in Maria Stepanova’s profound engagement with the power and potential of memory, the mother of all muses. An exploration of the vast field between reminiscence and remembrance, In Memory of Memory is a poetic appraisal of the ways the stories of others are the fabric of our history.’
— Esther Kinsky, author of Grove

‘The poet Maria Stepanova’s In Memory of Memory, beautifully translated by Sasha Dugdale, is a deeply intelligent quest for the significance of minutiae that survive while grand narratives of history sweep over them. It makes for powerful and magical reading, reminiscent of Nabokov’s Speak Memory. Time and again the sheer richness of the task sustains us and drives us on. This is a wholly marvellous book that extends our knowledge of all that is valued and lost.’
— George Szirtes, author of The Photographer at Sixteen

‘A book to plunge into. “Everyone else’s ancestors had taken part in history,” writes Stepanova; building itself via accumulation, these chapters become an important testimony to the cultural and political lives of the people held beneath the surface of the tides of history’
— Andrew McMillan, author of Playtime

Maria Stepanova is a poet, essayist, journalist and the author of ten poetry collections and three books of essays. She has received several Russian and international literary awards (including the prestigious Andrey Bely Prize and Joseph Brodsky Fellowship). In Memory of Memory won Russia’s Bolshaya Kniga Award in 2018. Her collection of poems, War and the Beasts and the Animals, is published by Bloodaxe in Sasha Dugdale’s translation in 2021, and is a Poetry Book Society Translation Choice. Stepanova is the founder and editor-in-chief of the online independent crowd-sourced journal Colta.ru, which covers the cultural, social and political reality of contemporary Russia.

Sasha Dugdale is a poet, writer and translator. She has published five collections of poems with Carcanet Press, most recently Deformations in 2020. She won the Forward Prize for Best Single Poem in 2016 and in 2017 she was awarded a Cholmondeley Prize for Poetry. She is former editor of Modern Poetry in Translation and is poet-in-residence at St John’s College, Cambridge (2018-2021).