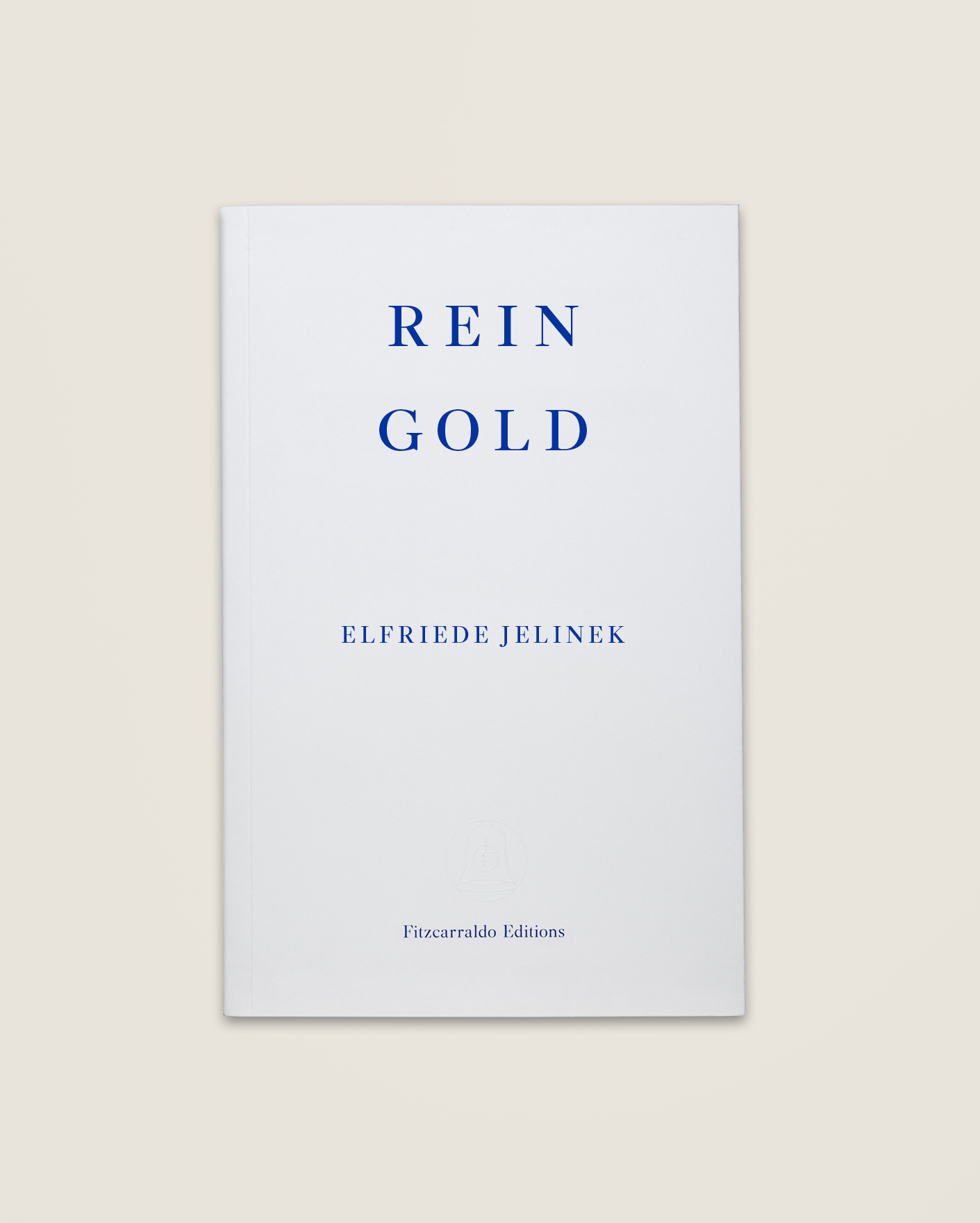 B: Brünnhilde
W: Wotan, the Wanderer

B: I am trying to state the following more precisely, that’s a somewhat delicate area, it is difficult for me. So then. Papa had this fortress built for him and now he can’t repay the credit. A situation as in any other family. The remains of tools and machines have been cleared, the giants used those backhoe arms of theirs, which surely was not in keeping with their original daydreams. And what did they get for it? What was their accomplishment? What their payment? Sure, they figured that other wanderers will be up and about there, shameless wayfarers, uhm, waylayers of the law. The giants will be last when it comes to paying. Holding out their hands they will have been first. It won’t do them any good. Why should they return what someone else stole? What’s free for the taking, the beautiful woman, why should they not have her, why shouldn’t they make the most of what they’ve got? They’ve got more weight than others, they are worth their weight in pounds, they don’t need to gain more, either the woman as commodity form or the woman inside commodity forms. No, the apples stay here for now, without the gardener no added value will sprout from them, the exchange value, does anyone happen to know it? It must be gigantic, if only because there is nothing that they could compare themselves with or relate to. For those apples can’t be eaten. Gold. Whoever has it does not return it. Possession is theft. That is the short version. And that would be the end of it. The, what’s her face, Fricka, the wife, but that’s really all she is, lambasts Papa because of the credit. The mood in the fortress is unbearable. Arguments. Papa says: But you wanted the new house! Mama says: I asked you before, you said, you wanted it too. We have to live somewhere, don’t we? I must admit I was glad that you wouldn’t be out-of-house so much. Big mistake. We did not consider the sacrifices it would cost us. The property lured and who came? Thousands of strange creatures, all of them making claims. Anyone making claims becomes their slave in turn and already the first one in this chain was stealing, nonetheless, to steal from a thief is also theft. Papa. And did you return what you took from the thief? You must have signed hundreds of IOUs, Papa! Do you even know, at least approximately, how much you owe and to whom? Can you still make heads or tales of it? What about the untimely coincidence of the fate of your house and your time running out like milk from a leaky bottle or latte from the paper cup of a trendy café chain, the final link of which is, as always, the end-user who pays for it all in the end? Even if he drops the cup? A new house at favourable terms and conditions, you just have to pay with a human being who isn’t one in reality or else no one would give a damn about her – who wouldn’t make a grab for her? That’s what you thought. No wonder. There are plenty of humans, but this one comes only once, this goddess, with what else could the giants be appeased? The pauperized worker, whom you did not employ, of course and if, then far below the collective contract, else he would not be a pauper, you did not want to promise him anything, no, you’d have never promised him a thing, you ordered giants right away, who save you all the other workers, spare you from them, replace them, every giant thousands of workers (even though you, in any case, right from the start, yes, I can see it: even though you made sure to write it down, you did not want to stick to any of it, no contracts, no labour contract, no loan contract, no marriage contract, that’s where it all begins, I’d say!), and those two were the dummies, the giants, dumb before, haven’t learned a thing inbetween, dumb thereafter; the universal worker: let’s say that one there, a worker like many, just that we got only this one in, one no one sees and hasn’t seen in many years, well, you were not about to employ that one, even though he lowered his labour power so far below value that he totally disappeared in the meantime. For years no one has seen a real worker! That’s probably why you took the giants, you also promised them something, I am sure, you are constantly promising something, which you don’t have to keep. Others would have installed machines, those wouldn’t have made any demands, okay, maybe their bosses, but not they! But wherever the machine takes over the field of production, it produces chronic misery amidst the competing labour power, which has disappeared, to fight their fights elsewhere, where else would it be?, they always have to fight for collective agreements, not here, fortunately, but luckily there, in a place they can’t be seen, their work should be seen, not they, children should also be seen but not heard, they are like children themselves, it makes no sense to employ them, there are far too many, everywhere and gone, withdrawn from us, and on top of it they also have to obey the law, I know, I know, Papa. We on the top must only claim we do. Those at bottom, the Nibelosers, they actually have to. That’s why the Riesen, the giants, come in handy? Yes? Because the dwarfs are in constant quarrel with each other, you say? When could they have started to quarrel while having to work incessantly? That they can never come to an agreement and you don’t have to pay your debts? That their union reps have long been in the nuthouse? They took their favourite party right along with them, right! You, wanderer, wounder of the law? Well, what’s up?

Originally written as a libretto for the Berlin State Opera, Elfriede Jelinek’s rein GOLD reconstructs the events of Wagner’s epic Ring cycle and extends them into the present day. Brünnhilde diagnoses Wotan, father of the gods, to be a victim of capitalism because he, too, has fallen into the trap of wanting to own a castle he cannot afford. In a series of monologues, Brünnhilde and Wotan chart the evolution of capitalism from the Nibelungen Saga to the 2008 financial crisis. Written with her trademark ‘extraordinary linguistic zeal’ (Swedish Academy), rein GOLD is a playful and ferocious critique of universal greed by the 2004 Nobel Prize in Literature laureate.

‘Translated with verve by Gitta Honegger, [rein GOLD] becomes a series of monologues without paragraph breaks: a frequent discordant assault on the senses. A visceral challenge to lazy and pernicious consumerism… Brünnhilde and Wotan may have the names of gods, but they play down and dirty, their lengthy slanging match ripe with expletives and references to popular culture and Marxist and anarchist theory, the most obvious being Pierre-Joseph Proudhon’s slogan “Property is theft.”… Jelinek’s critique is simultaneously timely and timeless, as Brünnhilde and Wotan’s arguments and digressions map capitalism’s progression.’
— Catherine Taylor, Financial Times

‘The liveliness of Jelinek’s language (in Gitta Honegger’s translation, which deftly renders all manner of wordplay) is undeniable… rein GOLD is highly evocative of the endless onward stagger of late capitalism’
— Martin Herbert, ArtReview

‘rein GOLD is a forbidding, virtuosic reimagining of Wagner’s quartet of music dramas..Like many of Jelinek’s writings, it is a kind of concatenation, building complex chains of association across topics, symbols, and histories...rein GOLD is a crafty response to Wagner’s literary and dramatic technique. Jelinek (and Honegger) cleave carefully to the alliteration that characterizes Wagner’s verse. In the “Ring,” it gives clusters of thought an internal cohesion and a brooding, ruminative character. In Jelinek’s rein GOLD  energetic bursts of alliterative play create concentrations of images and ideas inside monumental and unyielding paragraphing. In this respect it is truly Wagnerian: motivic micro-invention and transformation carried inside a vast textural and dramatic sweep.’
— Benjamin Poore, Van Magazine

‘Jelinek’s prose and arguments are undoubtedly masterful; she is, despite the never-ending controversy around her boundary-breaking work, rightfully regarded as one of the greatest living authors writing in German. Honegger’s translation is vivid and equally as skilled … rein GOLD is not a comfortable read, but really, given the subject matter, should it be? Wagner is not especially comfortable to sit through either, but you don’t go to see his Ring Cycle for a light, airy performance. You go to see and hear a work of genius. Important literature is rarely easily digestible.’
— Ella Fox Martens, Soft Punk

‘Another interesting release from the excellent Fitzcarraldo Editions, rein GOLD is a playful and digressive dissection of capitalism…’
— Joshua Rees, Buzz Magazine

‘the characters in rein GOLD do make deft contrapuntal patterns with ideas, and their twin streams of consciousness gush, eddy and sometimes drool or drivel’
— Peter Conrad, Observer

‘In rein GOLD, Jelinek reimagines the characters of Brünnhilde and Wotan from Wagner’s Ring cycle and transposes them into the context of modernity. She delivers an impassioned exposé of the discontents of capitalism. Her musical thought is interwoven with myth, politics, and Wagnerian motifs. Gitta Honegger’s excellent translation allows us to experience the intense flow of her characters’ streams of consciousness entangled in greed and alienation.’
— Xiaolu Guo, author of A Lover’s Discourse

‘rein GOLD is a masterful, obsessional, hypnotic journey. Jelinek brings a sharp modernity and relevance to a series of inward wanderings. She is equal to a great myth and makes it new.’
— A.L. Kennedy, author of The Little Snake

‘Living legend Elfriede Jelinek’s rein GOLD, rhapsodically written from the maw of forlorn gods, echoes like an incensed dialogue-eulogy designed to fill the space soon left behind the eventual implosion of the twenty-first century’s bottomless appetite for capital, for absent love. “For what?” rein GOLD’s Brünnhilde asks and asks, trying out answers like mad masks, in search of something lost out here among us that even the gods cannot quite name, yet found as if alive here for all to feel – as in the masterworks of Bernhard’s Correction and Lispector’s The Passion According to G.H. – by the inimitable, majestically incensed end-visions of master Jelinek.’
— Blake Butler, author of Alice Knott

‘Jelinek’s work is brave, adventurous, witty, antagonistic and devastatingly right about the sorriness of human existence, and her contempt is expressed with surprising chirpiness: it’s a wild ride.’
— Guardian

Elfriede Jelinek, who was born in 1946 and grew up in Vienna, now lives in Vienna and Munich. She has received numerous awards for her literary works, which include not only novels but also plays, poetry, essays, translations, radio plays, screenplays and opera librettos. Her awards include the Georg Büchner Prize and the Franz Kafka Prize for Literature. She was awarded the Nobel Prize in Literature in 2004 for her ‘musical flow of voices and counter-voices in novels and plays that, with extraordinary linguistic zeal, reveal the absurdity of society’s clichés and their subjugating power’.

Gitta Honegger was previously Professor of Theatre at Arizona State University and Professor of Dramaturgy and Dramatic Criticism at the Yale School of Drama. She also served as the resident dramaturg and stage director at the Yale Repertory Theatre. Translations from German include plays by Elfriede Jelinek, Thomas Bernhard, Peter Handke, Peter Turrini, Marieluise Fleißer, Elias Canetti and others. Her work has been supported by several grants, including a Guggenheim and a Fulbright/IFK Fellowship.